Sexual activity among teenagers has been increasing over the past decade, accompanied by younger age at first intercourse which is associated with inconsistent or nonuse of contraception. Problems become more complex because the onset of puberty is earlier than before and sociocultural and religious norm are less stringent, leading to greater opportunities to have pre-marital sex.1

Between 2011 and 2020, more than 140 million girls will become child brides, according to the United Nations Population Fund (UNFPA).2 If current levels of child marriages hold, 39.000 girls daily will marry too young.1 "Complication of pregnancy and childbirth are the leading cause of death in young women aged 15 - 19. Young girls who marry later and delay pregnancy beyond their adolescence have more chance to stay healthy, get higher education, and build a better life.", says Flavia Bustreo, MD, the Assistant Director-General for Family, Women and Childrenâ€™s.

The prevalence of teenage pregnancy in industrialized differs in developing countries. In developed regions, teen parents tend to be unmarried, and adolescent pregnancy is seen as a social issue. By contrast, teenage parents in developing countries, such as in the WHO SEARO regions and in S.E. Asia countries, including Indonesia, are often married and their pregnancy maybe welcomed by family and society. However, in these societies, early pregnancy is usually accompanied by malnutrition and poor health care to cause medical problems.3 A report by Save the Children found that 13 million children are born to women under 20 worldwide each year, more than 90% of these births occur to women living in developing countries. The complications of pregnancy and childbirth are the leading causes of mortality among women between the age of 15 and 19.4 Resources about teenage pregnancy in Indonesia are scarce. The following data were derived from a keynote speech by the Minister of Health of the Republic of Indonesia, at the Annual Scientific Meeting of HOGSI, in Banjarmasin 2015: 38.5% and 18.4% of 22.136.584 teenage women with protein energy deficiency were pregnant and anemic, respectively. Furthermore, the pregnancy rate was 48 per 1000, the total life birth was approximately 4.809.304, and 40% of teenage mothers ended their education.

Further reports have identified that premarital sex is uncommon in India, but early marriage often occurs, which means that the rate of adolescent pregnancy is high in that country. The rate of teenage pregnancy in rural regions are higher than in urbanized areas such as South Korea and Singapore. In these areas, marriage before age 20 is rare. Although the occurrence of sexual intercourse before marriage has risen, the rate of adolescent child bearing are low, approximately 4 to 8 per 1000. In Indonesia, the rate of early marriage and pregnancy has decreased sharply; however, it remains high compared to the rest of Asia. According to the

The Importance of Prevention

Teenage pregnancy and childbearing bring substantial social and economic burden through immediate and long term impact on teenage parents and their children.6 Pregnancy and birth are significant contributors to high school drop outs rates among girls, only about 50% of teen mothers receive a high school diploma by 22 year of age, where as approximately 90% of woman who do not give birth, during adolescent graduate from high school.

Adolescent pregnancy (i.e., in females 13 to 19 years of age) is associated with an increased risk of maternal complications during pregnancy and delivery as well as an increased risk to the fetus. Complications that are associated with adolescent pregnancy include preterm delivery, low birth weight, and infant mortality. The complications are usually are associated with behavioral, psychosocial, and economic factors. Therefore, psychosocial risk factors should be the main focus of care.7 In general, focus priorities should be given to young adolescents before the age of 15, in which relatively high proportion of young boys and girls already have sexual intercourse, and childbearing in some cases. Teenage pregnancy is one of the causes of the failure, making the goals United National Millenium Development Goals 4 and 5 failed to be accomplished.

Adolescent pregnancy is a high risk, and has considerable impact in both physical and psychosocial aspects. Youth - friendly services with sensitive counseling, high quality obstetric and antenatal care, as well as a range of safe and affordable contraceptive methods should be available. 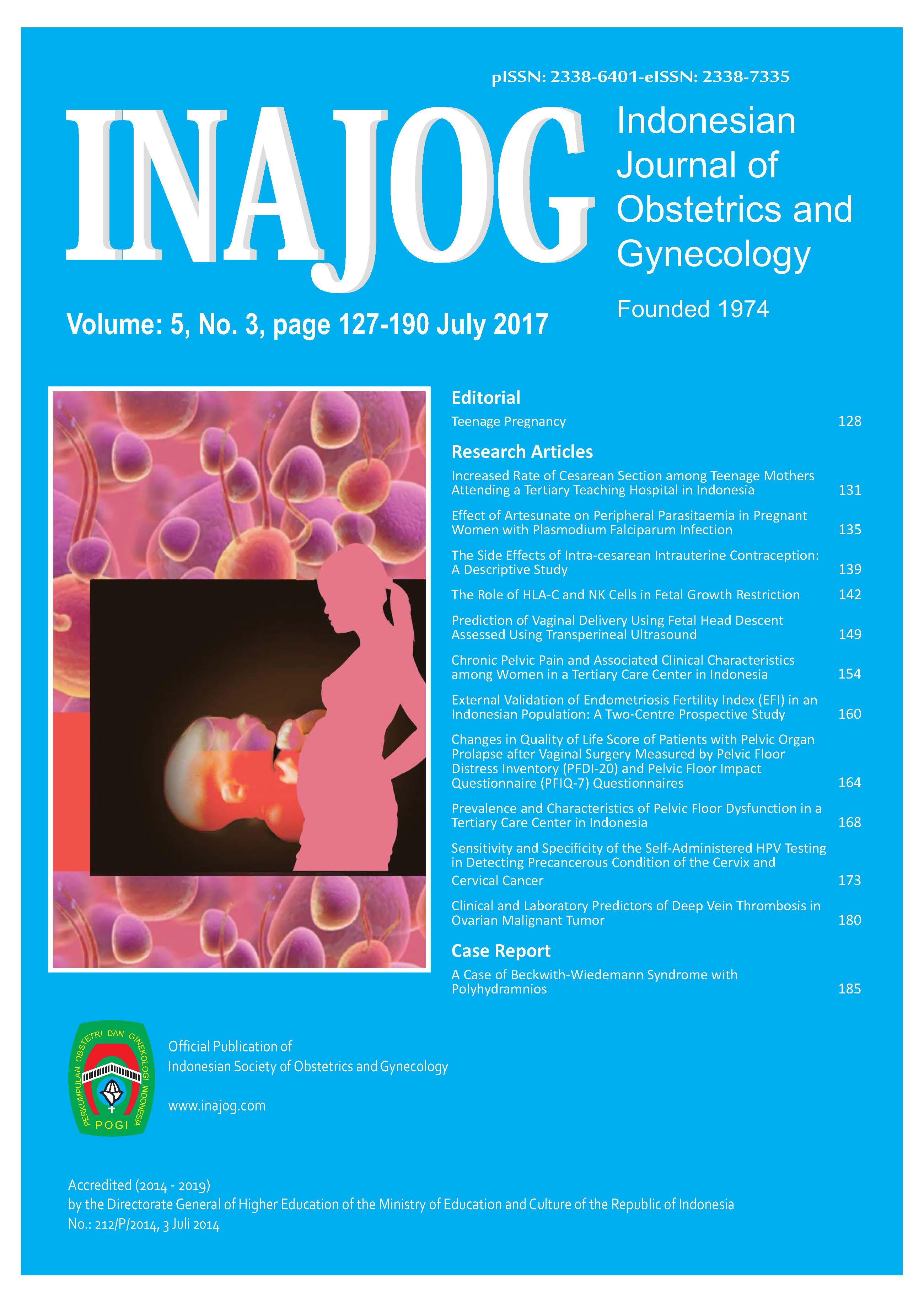