Objective: To acknowledge the rate of expulsion in post placental IUD CuT-380A insertion after vaginal delivery. Method: Postplacental IUD Cu T-380A insertion was performed at least 10 minutes after the placenta has been delivered by inserting IUD Cu T-380A in uterine cavity using index finger, and positioned the IUD in uterine cavity and pushed as high as possible directly to the uterine fundus. Then the IUD-endometrium distances were checked using transvaginal USG on the seventh and forty second day after IUD insertion. Result: From May and August 2012 has been done post placental IUD Cu T-380A set in 38 women, found that average of women age was â‰¥ 30 years old (34.21%), multi parities (63.16%), and gestation age for 37-42 weeks (100%). In this study found that three expulsion cases. Totally expulsion found in 2 cases, each found in days of 16 with averages distances of IUD and endometrium for 16.8 mm and in days of 19 with average distances of IUD-ED for 13.5 mm after IUD set. While partially expulsion found in 1 case, occurred in days of 11 after IUD set with average distance IUD-ED for 13.2 mm. Conclusion: IUD Cu T-380A set after vaginal delivery that observed for 42 days found that 3 (7.89%) peoples have expulsion. There is significant correlation the distance between IUD and ED in expulsion occurrences. [Indones J Obstet Gynecol 2013; 37-1: 26-31] Keywords: expulsion, post placental IUD Cu T-380A 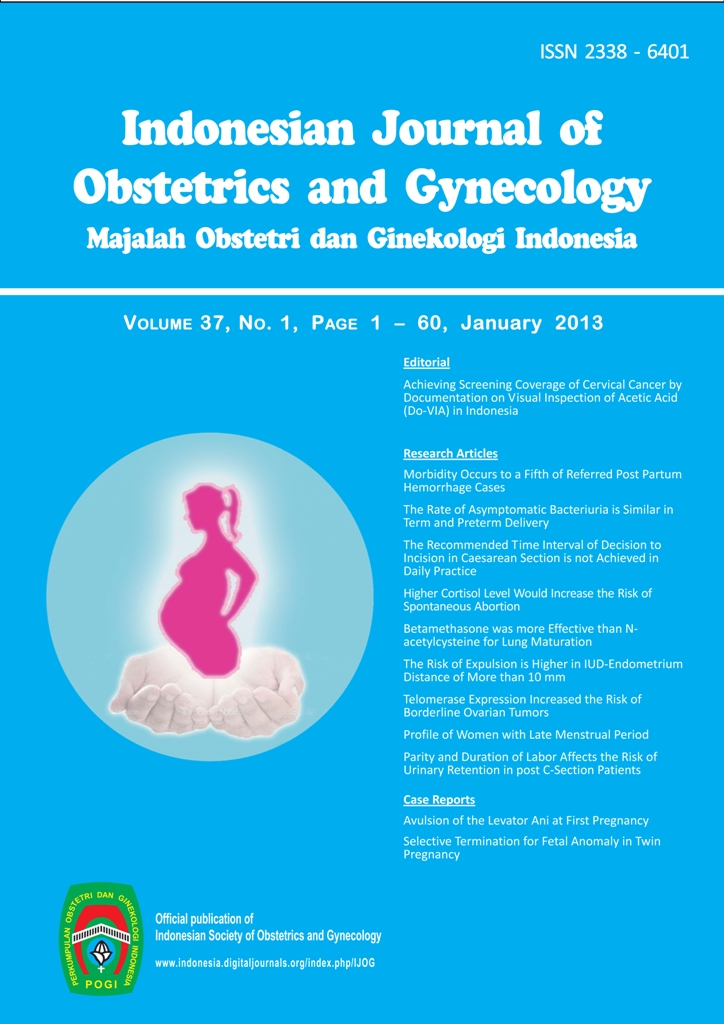