Objective: To know pregnancy outcome in the tubal reversal of sterilized women. Method: Literature review. Results: Sterilization is considered the most common contraception methods in United States of America, approximately 39% women in reproductive age (15 - 44 years) used this method. However, approximately 15% of these patients deplored this decision due to the influence of their own environment and some factors, such as: young age, the death of a child, the disability of child, and change of partner/ remarried. Tubal reanastomosis or tubal reversal is a surgical procedure that attempts to restore the fallopian tube patency following sterilization. To date, the modern procedure is performed by doing an excision of the tubal segment and reanastomosis by transabdominal laparoscopy. Recently, the laparoscopic technology has developed and evolved rapidly as the robotic assisted laparoscopy was invented. There is alternative method for restoring the fertility in sterilized women who regretted the decision of being sterilized. Unlike the tubal reversal which is conducted in order to restore the tubal function, the IVF is performed to bypass the function of tubes in fertility. The major advantage for laparoscopic surgery is short postoperative stay duration with minimal tissue handling, less postoperative adhesions, and diminish morbidity rate. Despite of its major drawback, high-cost of robotic machine and machine maintenance; there are advantages of robotic laparoscopy compared to the conventional laparoscopy, such as improved dexterity, more precise and accurate articulation, reduced tremor, and better visualization of the operating field. In vitro fertilization (IVF) is the hallmark in the era of assisted reproductive technology and became an alternative option to regain the fertility in sterilized women. Conclusion: The pregnancy rate and live birth rate in laparoscopy, robotic and open surgery were relatively similar. Surgical reversal to women younger than 40 is recommended and laparoscopic reversal should be performed if the expertise is available. It is reasonable to counsel IVF to over 40 women. [Indones J Obstet Gynecol 2012; 36-3: 154-60] Keywords: gynecology, IVF, pregnancy outcomes, reanastomosis, robotic laparoscopy, tubal reversal 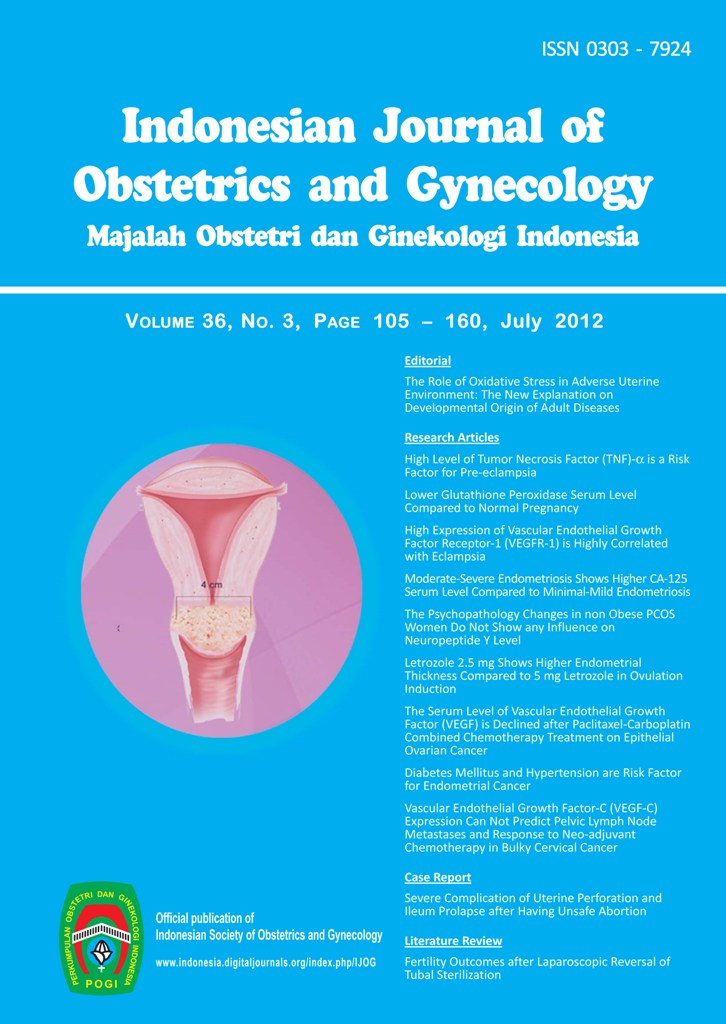