Objective: To evaluate and determine the toxicity and outcomes in patient receiving radiation (RT) alone versus concurrent chemoradiation (CRT) using cisplatin for locoregional advanced cervical cancer in Dr. Cipto Mangunkusumo Hospital (RSCM). Methods: Simple randomized single-blind clinical study, done during the period of November 2010-April 2011, in 32 patients with locoregional advanced cervical cancer (16 were treated RT alone and the rest is treated with CRT). Teletherapy was administrated using 60Co Gamma Rays 1.3 MV and photon beam linear accelerator 4-10 MV. The radiation was administered as much as 2.0 Gy per fraction daily for 5 days/week, for the total of 25 fractions. Brachytherapy was performed using HDR after-loading method, with Microselectron plane radiation source 129I, as much as 3x7 Gy doses to point A. CRT using cisplatin 30 mg/m2 were given for 5 series during the radiotherapy course. The toxicity assessments were carried out each week, up until 3 months after the therapy was deemed completed based on the RTOG and ECOG criteria. Results: We acquired 100% complete response in both the CRT and RT groups. In the CRT group, we found acute gastrointestinal toxicity grade 3 (18.75%) and grade 2 (43.75%); acute genitourinary toxicity grade 3 (25%), grade 2 (31.25%); and acute hematological toxicity grade 3 (12.50%) and grade 2 (25%). It is contrasted with the RT group, in which we did not found any cases of acute gastrointestinal toxicity, genitourinary or acute hematologic toxicity. The overall time treatment (OTT) of 56-58 days in CRT and RT group were 25% vs. 81.25% respectively, and the OTT of 59-70 days in CRT and RT group were 75% vs. 18.75%, respectively. Conclusion:The response to CRT and RT for locoregional advanced cervical cancer was not different in 3 month evaluation. Acute gastrointestinal, genitourinary, and hematologic toxicities found in CRT were higher than in RT (p=0.000; p=0.000; p=0.002). [Indones J Obstet Gynecol 2012; 36-1:37-42] Keywords: acute toxicity, concurrent chemoradiation, locoregional advanced stage cervical cancer, response therapy 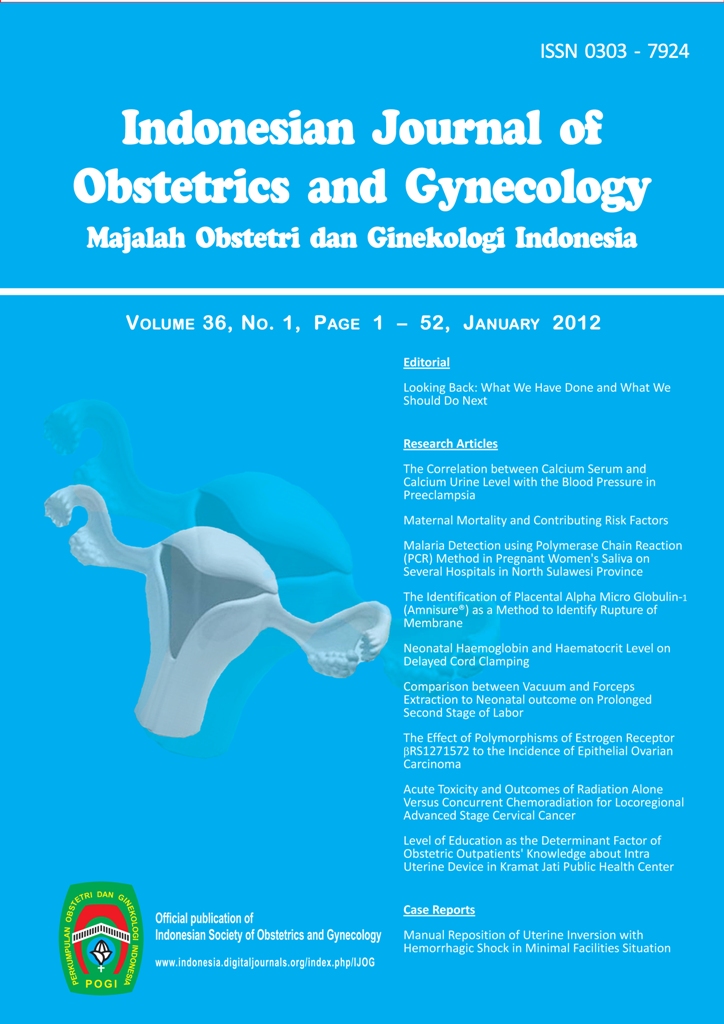