Background: Sexual intercourse and having offspring are essential in a household to live because they are determinant of marital happiness. Many women reported increasing sexual function after hysterectomy; meanwhile, others complained about sexual dysfunction after the hysterectomy procedure.

Objective: To determine the effect of sexual function on women of reproductive age after a total hysterectomy

Method: This study is a descriptive retrospective study with a cross-sectional study design.

Results: This study is based on the data of 23 samples that met the inclusion criteria. With 11 samples increasing FSFI score, 11 samples with a decreasing of FSFI score and 1 sample had an unchanged sexual function before and after surgery. Then from those 23 samples, 16 samples with Female Sexual Dysfunction (FSD) have FSFI score of less than or equal to 26.55 before surgery, and 17 samples with FSD after surgery. Based on the T-Test, there were significant differences between the Female Sexual Function Index (FSFI) before and after the surgery. Most of the respondents experienced decreasing sexual satisfaction (14 samples), while only five samples experienced increased sexual satisfaction and the other four samples had unchanged sexual satisfaction. In our study, most of the respondents (17 samples) claimed that there were better or decreased pain after the hysterectomy procedure. While there were only three samples that claimed an increase of pain, and only three samples claimed that there was unchanged pain scale.

Conclusion: There were changes in sexual function before and after hysterectomy as measured by Female Sexual Function Index (FSFI) 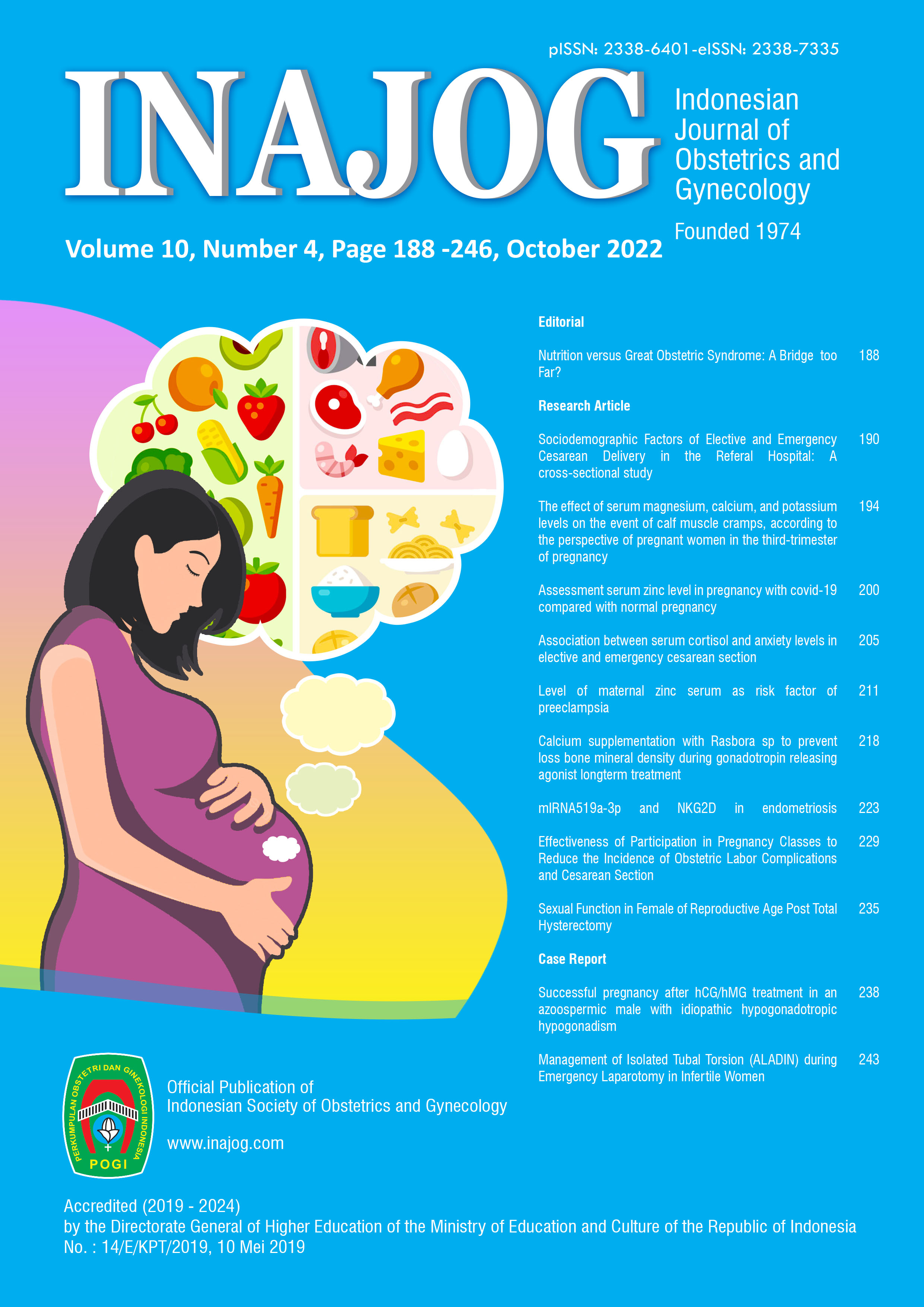